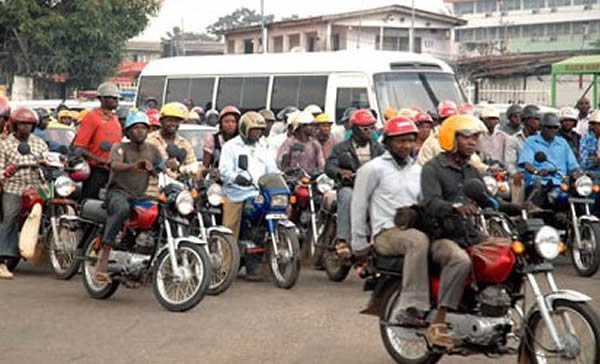 The Association of Commercial Motorcycle Operators says 20 of its members were killed by thieves in the last six months in Kebbi State.

Malam Nafi’u Zaki, the Chairman of the association, said on Thursday in Birnin Kebbi that the killings were reported in three Local Government Areas.

He said that no fewer than 800 members of the association have abandoned the business for fear of falling victims of bike snatchers.

“They were manhandled, waylaid and sometimes strangled or stabbed to death. We registered 4,000 members as at last year; most of them were from neighbouring villages. But this year, we have only registered 3,200 members.

“We are aware of the circumstances behind the low registration; they were no longer at ease in operating their routine commercial services.”

He said that the association hardly spend a month without recording incidents of motorcycle snatching.

He said, “Our members are in dire need of security protection as lawful and bonafide indigenes of the state.”

Zaki called on the State Government and security agencies to come to the rescue of the association by tackling the menace.

He, however, warned members of the association against taking law into their hands when such cases of snatching occurred.

He said, “We want to avert a situation in which our members would resort to taking law into their hands. That is why we are urgently calling on the authorities to take proactive measures.”

He said many of the youths rely on the commercial motorcycle business as their means of livelihood.

He said, “The trade has alleviated depression, poverty and idleness. Such victims of the despicable act may resort to taking the law into their hands if government and security operatives fail to curb the menace

“We are sure that the authorities and security agencies would put the ugly trend into proper check.”