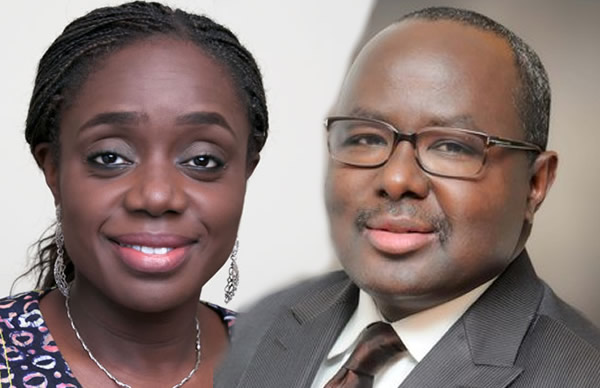 The suspended Director-General of the Securities and Exchange Commission, Mounir Gwarzo, on Sunday clarified why the sum of N1.7bn was paid as severance package under a ‘Golden Handshake’ scheme to workers of the commission under his leadership.

He noted that contrary to claims in some quarters that he was involved in extra-budgetary spending in implementing the scheme, the amount was approved by the board of the commission at its meeting in 2015.

The report of the Administrative Panel of Inquiry, which was set up to probe Gwarzo, had stated that the payment of the N1.7bn to 44 members of staff of SEC as severance package was never provided  for in the commission’s budget for 2015.

The payment, according to the API, is one of the contraventions of the financial regulation by the embattled SEC DG, which led to the recommendation for his dismissal from the public service.

But Gwarzo, in an electronic mail to our correspondent on Sunday, said that the commission in 2015, introduced a voluntary exit scheme for members of staff willing to quit the service of SEC, adding that the funding of the scheme was carried out in line with the statutorily laid down procedure for disbursing funds.

He stated, “The ‘Golden Handshake’ exercise was a voluntary retirement scheme designed by the commission for certain category of staff to exit the commission. As an incentive to access the scheme, staff members were offered certain percentages of their allowances/remuneration.

“The scheme was duly approved by the Board of the commission at its meeting of March 12, 2015 and funded from the commission’s 2015 budget.

“Thus, the Board in exercise of its power as contained in the ISA, approved the 2015 budget of the commission. Furthermore, Sections 19 and 20 of the ISA empower the commission to establish and maintain a fund, the proceeds of which it may apply to meet its financial obligations.”

He added, “The effect of the provisions of the ISA cited above is that the commission is empowered to cater for all of its financial obligations from its funds. However, such amounts must be expended from a budget, which must be approved by the board of the commission.”