Naira may depreciate to 386/dollar in H2 —PwC 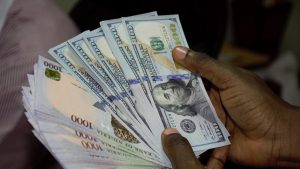 The naira may depreciate against the United States dollar at the Investors and Exporters Window to 386 from the current average of 360, PricewaterhouseCoopers has said.

In its economic outlook for 2018, which was released on Tuesday, the professional services firm said increased foreign exchange demand ahead of the 2019 general election might make the local unit to weaken.

The report read in part, “With the outlook on the oil price and level of reserves accretion ($40.6bn), we expect that the CBN would maintain the exchange rate peg of 305/dollar at the CBN window.

“In H2’18, we estimate a seven per cent exchange rate depreciation in the I&E window to 386/dollar, as FX demand increases and foreign investments slow ahead of the 2019 elections.

According to analysts at PwC, exports are likely to outpace imports on strong oil export revenues and shrinking import demand this year

The professional services firm said investments would benefit from an improving investment climate.

It, however, said that some of this growth would be offset by uncertainty usually associated with election cycles in Nigeria

On monetary policy projection, it said, “Moderating inflation, exchange rate stability and a fragile economic recovery provide room for a rate cut. We expect only one rate cut in 2018 which would likely be capped at 200bps. The need to keep rate differentials attractive means Open Market Operations issuances would become more aggressive

“To offset the impact of pre-election spending and currency volatility, we expect a 200bps increase in the MPR to 14 per cent at the September meeting.”