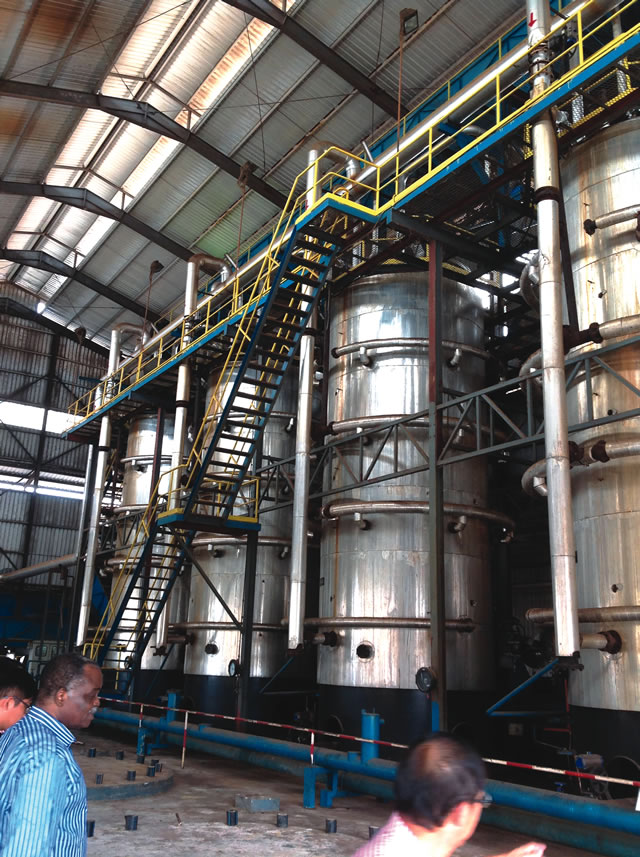 A report by Agro Nigeria has alleged that there is a conspiracy against Nigeria’s palm oil sector.

The report specifically fingered the Malaysian government’s decision to suspend export taxes on crude palm oil for three months from January this year.

The move, according to government sources in Kuala Lumpur, is aimed at reducing the CPO stocks level accounted for by surplus production that has now outstripped export demands.

This is expected to have an adverse effect on the oil palm industry in Nigeria as imported oil will become cheaper than the locally-produced oil, thereby forcing local oil producers out of the market and a takeover of the market by importers and smugglers.

The report stated, “The concern of stakeholders in Nigeria is that beyond the current year’s surplus production from Malaysia, some of which would find their way into the country, what would be the fate of the surplus production expected from plantation farms across Malaysia at the start of next year?

“Much of the surplus looks set to be sent to Nigeria. The Plantation Owners Forum of Nigeria had accused businessmen of setting up refineries in countries close to Nigeria in order to use them as channels through which rejected oil from other parts of the world especially Malaysia is exported to Nigeria.

“It appears that there is a conspiracy by both the importers and smugglers of the commodity to kill local production while flooding the market with imported oil. Should government watch hopelessly and helplessly while this very important subsector of the agricultural sector is annihilated?”

The agency observed that in the past few years, there had been an increase in the production of the commodity in the country with moribund oil palm plantations being revamped, smallholder planting established far beyond the traditional oil palm belt to include the fringe states such as Kogi, Kaduna and Nasarawa.

“This leaves a production shortfall of about one million metric tonnes – a deficit, which ordinarily should be balanced off by imports.”

According to Agro Nigeria, the lack of agreement on production data has led to rising concern among industry players that more quantities of the commodity than the actual shortfall were either imported or smuggled into the country through land borders, a factor that has made the country a dumping ground for crude palm oil from Asian countries, especially Malaysia and Indonesia.

It advised the Federal Government to embark on a series of interventions to save the industry from an impending collapse.

“Specific interventions geared towards protecting the industry from importers and smugglers must be initiated if Nigeria must sustain her position as part of world’s top producers. For instance, where the Central Bank’s Anchor Borrowers’ Programme does not cover oil palm because of its maturity period, government must seek alternative ways of incentivising plantation owners.

“Poor infrastructure has also been the bane in the quest to achieve growth in the sector. Government must approve and execute infrastructural projects such as roads to reduce transportation costs, which add to the huge production costs of palm oil.”

FCTA to Revoke Undeveloped Plots of Land in Abuja