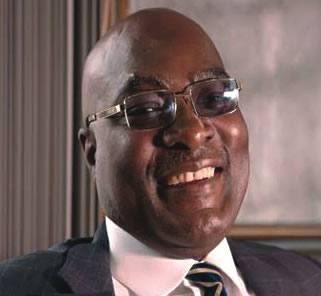 Fluctuations in the exchange rate of the naira to the United States dollar, vandalism of gas pipelines and violence in parts of the country are preventing the sale of 10 electricity generation plants under the National Integrated Power Projects.

It was also gathered that about $2.7bn profit that would have accrued to the three tiers of government from the sale of the NIPPs had been stalled as a result of the inability to sell the plants.

The NIPPs are owned by the federal, state and local governments and the power plants are managed by the Niger Delta Power Holding Company.

The pioneer Managing Director, NDPHC, James Olotu, explained on Sunday in Abuja why the NIPPs had not been sold to private investors as planned by the government several years after some of the plants were completed and fired up for use.

He stated that the 10 NIPPs, among which six are currently producing and supplying power to the grid, were worth $7.1bn, adding that private investors had offered to pay $5.7bn for 80 per cent of the facilities, but this had yet to happen due to the challenges confronting the process.

Olotu, who handed over to the new management of the NDPHC in June 2016, noted that $4.4bn was invested in constructing the 10 power plants and that over $2bn would have been made by the three tiers of government if the assets had been sold to investors without the prevalent hitches.

He stated that investors had complained of foreign exchange fluctuations, vandalism and violence in parts of the country, adding that these concerns had stalled the privatisation process for the plants.

“We put 80 per cent of the shares of the 10 power generation plants in the market, which include the finished and unfinished plants. We went to many parts of the world for roadshows. We were in Lagos, Hong Kong, New York and London – the real market places for international business. And at the end of the transaction, we were able to rake in $5.7bn for 80 per cent shares in the 10 plants.”

On the challenges hindering the sale of the plants, Olotu said, “Of course, you have violence in some areas. For instance, in Maiduguri and some other places where insurgents are disturbing, all the projects in those areas were delayed. In the East also, violence disrupted the work on projects. In the Niger Delta, we had cases of violence.”