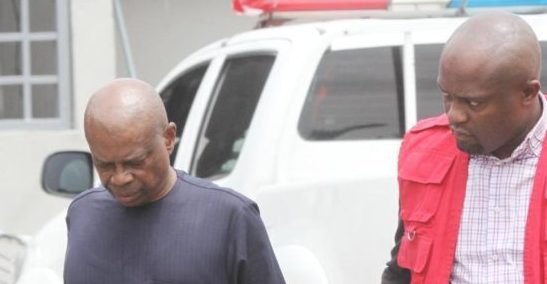 The firm allegedly owes AMCON nearly N5bn as the corporation took over the debt during the first three phases of purchase of Eligible Bank Assets from Union Bank, Unity Bank, Ecobank and the defunct FinBank, respectively.

The order also affects Mohammed’s private residence with tenants on No. 17, Sowemimo Street, Ikeja GRA, Lagos State, according to a statement by the corporation on Monday.

The statement read in part, “The enforcement took place at about 2.30pm on Tuesday February 19, 2018. The receiver has taken effective possession of Chief Anselm Kayode Mohammed’s residence and Osigwe Foods and Agro Industrial Company Limited, respectively.”

“Justice Saidu, in the order, also sanctioned the appointment of Chief Robert Ohuoba as receiver over the business and stock in trade and over all the fixed and floating assets of Osigwe Foods and Agro Industrial Company Limited wherever they may be found within the jurisdiction of the Federal High Court, and granted AMCON through the receiver, the possession of all the properties, moveable and immovable comprising of buildings, fixtures, vehicles and any other chattels, howsoever, described belonging to the defendants, Osigwe Foods and Agro Industrial Company Limited and Chief Anselm Kayode Mohammed.”