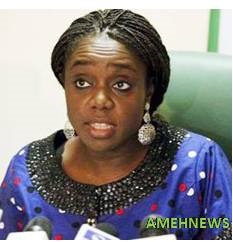 The total borrowing from the international debt markets by Nigeria and other countries in the sub-Saharan African countries has jumped to over $200bn, from $30bn in 2007, data from the Bank for International Settlements have shown.

This represents an increase of over 550 per cent within the period.

While Nigeria has raised $5.5bn over the past three months, Kenya wants to borrow at least $1.5bn, and Angola, Ivory Coast, Ghana and Senegal are all queuing up.

The flurry of bond issuance adds to an already-record debt tally for sub-Saharan Africa, which has ballooned to over $200bn from less than $30bn in 2007.

“If you have a lot of issuance in a short period of time, that tells you something,” an asset manager at Standard Life Aberdeen, Kevin Daly, said.

“Maybe these guys are realising that their borrowing costs are going to potentially go higher over the course of the year if we get a continued rise in Treasury yields and further rate hikes by the Fed.”

With investors busy assessing where the United States Federal Reserve interest rates are headed, the focus is now on just how vulnerable the region may be to such an increase, especially with a large pile of repayments also looming.

Meanwhile, Kenya’s first Eurobond payment of $750m, representing roughly one per cent of its annual economic output or Gross Domestic Product, is due in June next year followed by $2bn in 2024.

“For sovereigns which do not have long track records of repaying international bonds, this will represent a significant test,” Moody’s said in an e-mailed statement.

Nigeria, Africa’s largest economy, is pushing ahead regardless. The country’s 2018 provisional budget has laid out plans to raise some $2.8bn this year.

The Minister of Finance,  Kemi Adeosun, also wants to lift the proportion of dollar debt to 40 per cent from its current level of 27 per cent, to replace expensive naira bonds with 10-year interest rates as high as 14 per cent.

“Nigeria is focused on reducing the cost of our debt portfolio and ensuring we have the optimal mix between domestic and international debt,” she told Reuters.

“The proceeds of the dollar issuance – will be used to re-finance domestic debt, which is high-cost and short-term, with lower-cost international debt with a longer tenure.”

Debt levels in the SSA region are still low compared to many other parts of the world. Sub-Saharan Africa’s average public debt level surpassed 50 per cent of the Gross Domestic Product in 2017, according to The Institute of International Finance.

But there has been an explosion since 2005 when rich countries, for a second time in a decade, wrote off billions of dollars to help the continent out of its debt trap.

Part of the recent big run up in debt levels came as commodity exporters such as Nigeria, Zambia or Angola were forced to fill the gaps in coffers left by a 75 per cent slump in oil and some key metal prices between 2014 and 2015.

Combined with the related hit to growth rates, this triggered an outsized fall in sovereign credit ratings in the region which only now looks to be levelling off.