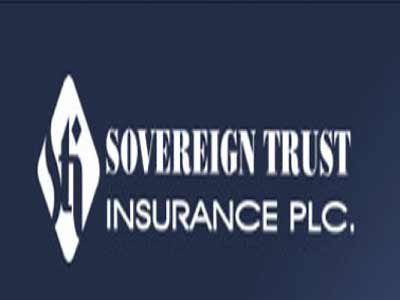 Sovereign Trust Insurance Plc (STI), has recorded Gross Premium Written (GPW) of N10.5 billion in 2018 financial year representing 23 per cent increase over the N8.5 billion recorded in 2017.
Also, the company’s premium income equally grew by 31 per cent to N5.5 billion over N3.85 billion achieved in the previous year, while profit before tax stood at N540 million as against N202 million achieved in 2017 representing over 167 per cent increase and profit after tax also stood at N344 million, a 118 per cent increase when compared with N158 million recorded in the previous year.
Chairman of the firm, Oluseun Ajayi, who disclosed this yesterday at the 24th Annual General Meeting (AGM) of the company in Lagos, said the Return on Capital Employed (ROCE) recorded a positive performance of 2.9 per cent as against 1.87 per cent achieved in 2017 and the earning per improved by 118 per cent from 1.89 kobo in 2017 to 4.13 kobo in 2018.
Ajayi maintained that the firm’s balance sheet improved as the total assets rose from N10.8 billion to N11.3 billion representing five per cent and shareholders’ fund increased by six per cent from N5.5 billion in 2017 to N5.8 billion in 2018.
He said the firm’s mandate to scale up capital base is already at an advance stage, stressing that the program for capitalisation will take off with the issuance of rights to existing shareholders of the company.
According to him, the company will be issuing a total of 4.17 billion ordinary shares to its esteemed shareholders, adding that the decision will be finalized by the third quarter of the this year.
He called on the shareholders to pick up their rights so as to have a successful program. The shareholders lauded the efforts deployed by the board and management of the firm to keep it afloat, whilst pledging to support the firm in all ramifications
Ajayi also the firm will soon unveil bespoke products to harvest opportunities to be created by the nation’s new minimum wage.
He explained that the new minimum wage bill recently passed and accented to by the Federal Government to a great extent will increase demand and supply in the economy.
He posited that insurance service is expected to benefit by the law in terms of premium generation as disposable income improves.
According to him, the products which will be affordable will also help deepen retail end of the firm’s product lines.
“We believe that the change in our business environment present uncommon opportunities for operators. We shall continue to deploy several initiatives and strategies to address any industry challenges while harnessing the inherent opportunities,” he said.
Previous Article

Emir of Kano, Sanusi others Honoured by SOAS University of London