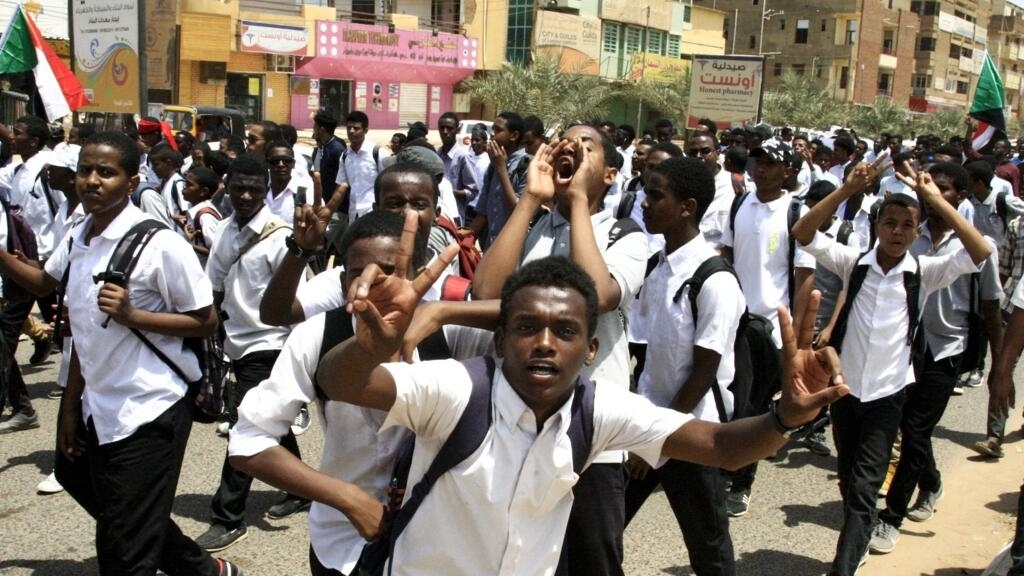 Lessons in all Sudanese schools have been suspended indefinitely amid mass demonstrations over the shooting dead of school children at a rally.

Protesting students gathered in cities including the capital Khartoum following the killings on Monday.


Why the school closures?
Hundreds of children, many dressed in their school uniforms and waving Sudanese flags, took to the streets of Khartoum on Tuesday to protest about the killings in El-Obeid.

Demonstrations by schoolchildren were also held in other parts of the capital and in other cities.

The killings in El-Obeid have sparked anger and protest across the country and late on Tuesday, the authorities responded by ordering the closures of schools covering all age groups.

“Orders have been given to governors of all states to shut kindergartens, primary and high schools from tomorrow (Wednesday) until further notice,” the official Suna news agency reported.

What happened in El-Obeid?
Videos emerging from El-Obeid in North Kordofan show students in uniform chanting, but their cries for better living conditions are drowned out by heavy gunfire.

According to the Central Committee of Sudan Doctors, an organisation linked to the pro-democracy protesters, at least 62 people were wounded in El-Obeid alongside the five who died.

Demonstrators accused paramilitaries of the Rapid Support Forces (RSF) of carrying out the shootings there.

The authorities have since declared a state of emergency in the area and a night-time curfew.

The United Nations children’s agency, Unicef, has called on the authorities to investigate the killings and bring the perpetrators to justice.

“No child should be buried in their school uniform,” it said in a statement that added that the students who died in El-Obeid were aged between 15 and 17.

“What happened in El-Obeid is sad. Killing peaceful civilians is an unacceptable crime that needs immediate accountability,” he was quoted by state television as saying.

What are the wider implications?
The killings in El-Obeid came a day before protest leaders were due to hold talks with Sudan’s ruling generals, after the two sides signed a power-sharing deal earlier this month.

Protest leaders called off Tuesday’s meeting after the shootings.

The talks were reportedly due to cover items including the powers of the joint civilian-military ruling body; deployment of security forces; and immunity for generals over protest-related violence.

But the publication on Saturday of the findings of a military-commissioned investigation into the violent dispersal of a Khartoum protest camp on 3 June had already sowed distrust before the events in El-Obeid on Monday.

Doctors linked to the protests say the raid on the camp by gunmen left 127 people dead and dozens wounded.

Protest leaders rejected the findings of the investigation by prosecutors and the military council which said just 17 people were killed on 3 June, while 87 died in clashes between then and 10 June.