Group Condemns Arrest Of Sowore, Insists He Has The Right For Protest

No Comments Share:
The Committee for the Defence of Human Rights in Nigeria ( CDHR) has in strong terms condemn the arrest of pro-democracy activist and the convener of #RevolutionNow Protests, Omoyele Sowore.
Sowore  was arrested recently   by heavily armed men believed to be personnel of the State Security Service (SSS)
The group in a statement signed by it’s National public  Secretary,Comrade Muyiwa Kushimo made available to newsman  in Lagos described the  arrest as repugnant to fairness, equity, and natural justice. 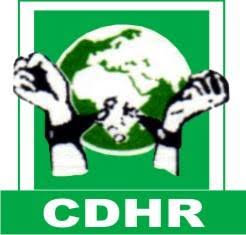 According to the group, findings revealed that his arrest was not unconnected to a proposed revolutionary protest meant to take place in Nigeria on the 5th of this month.

They however, disclosed that, Sowore like any other Nigerian has the fundamental right to carry out a peaceful protest as enshrined in the constitution of the federal republic of Nigeria.
The group also debunked the insinuations in some quarters that the proposed revolutionary protest is without purpose as as an online medium  shared a document that contains what Sowore’s protest is demanding from the federal government. They broke their demands into three bundles, and  all them make sense.
“Sowore posted a distress tweet at exactly 1:25 am with an eyewitness confirming that his phone was forcefully taken from him.
The group asked the federal government to do the needful and release Sowore as his arrest may compound the country’s woes.
Mr Sowore was the presidential candidate of the African Action Congress (AAC) during the 2019 general elections.
He was also the leader of #Take It Back, a political movement which says it wants to rescue Nigeria from corruption and misgovernance.
Mr Sowore’s activism began while he was a student of geography at the University of Lagos. He later led the Student Union in that university.
Previous Article

Recapitalization Is Critical At This Point Of Our Economy Growth — NAICOM

President Buhari Assures Nigerians: Your Confidence In Us Will Not Be Abused