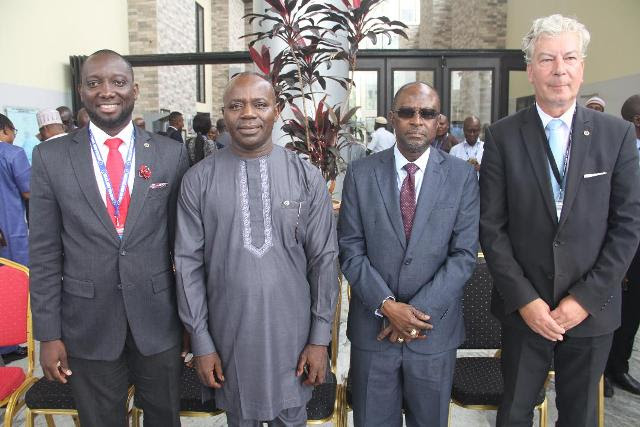 The Nigerian Airspace Management Agency (NAMA) has charged the International Civil Aviation Organisation (ICAO) to consider as a matter of urgency, the inclusion of Air Traffic Safety Electronics Personnel (ATSEP) licensing in its Annex1 to the Chicago Convention.

This, the agency stated would place the responsibility to ensure safety on the holder because a license is the confirmation of competence in a specific safety related area.

Speaking at the just concluded 9thInternational Federation of Air Traffic Safety Electronics Associations (IFATSEA) organised by the National Association of Air Traffic Engineers (NAAE) in Abuja, the Managing Director of NAMA Capt. Fola Akinkuotu, said although the demand for the licensing of ATSEPs has been a recurring issue in the ICAO general Assembly yearly due to efforts of IFATSEA to give  it a “loud voice,” stakeholders in the industry have the onerous duty to ensure that this message resonates globally given the safety-critical role  ATSEPs play in the aviation sector.

Akinkuotu said as an agency with the largest concentration of ATSEPs in Nigeria, NAMA would continue to support the advocacy for the inclusion of ATSEP licensing in ICAO Annex 1 as this would give them a sense of accountability and commitment to duty. “Licensing of critical personnel in the aviation industry is fundamental to safety. We are demanding for license so that we can hold people responsible for their actions. The fact that a license unlike a university degree can be withdrawn makes the holder extremely responsible and careful in taking safety-critical decisions,” he said.

The NAMA boss said in recognition of the immense contribution of ATSEPs to safety in the nation’s aviation sector, Nigeria has an operating ATSEP licensing and rating programme included in the Nigerian Civil Aviation Regulations (NCARs), which NAMA is vigorously implementing as required, stressing that the programme had gone a long way in increasing the competency of ATSEPS in the country.

Akinkuotu, who was full of gratitude to ATSEPs said,“NAMA engineers have proved that they can stand their own in every situation and they have continued to ensure that our navigational equipment propagate accurate and reliable signals thereby ensuring safety of air travel in the country.”

Earlier in his remarks, the Permanent Secretary, Ministry of Transportation, Sabiu Zakari said the professionalisation of ATSEP has become indispensable as it would create the link between air traffic controllers and pilots as is the practice globally.

Zakari, who was represented by the Director of Human Resources, Nkeiru Ejiofor said Nigeria has been a significant affiliate of IFATSEA and a flagship of safety in the region, even as he tasked participants to “churn out realisable and realistic strategies and modalities to enhance safety in the African airspace and the entire global aviation environment.”

Also in his welcome address, the President, National Association of Air Traffic Engineers (NAAE), Engr Ishaya Dung lamented that in spite of concerted efforts by members over the years, ATSEPs has not been recognised by ICAO Annex 1, adding that this development had impacted negatively on the psychology of members worldwide, making it a safety concern.

He called on stakeholders to back the association in its plan to represent the “safety case” in the forthcoming ICAO General assembly in September, 2019.

This year’s conference with the theme:Aviation Safety and Licensing of ATSEP was attended by 131 participants drawn from nine countries, which includes: Burkina Faso, Gambia, Zambia, Ghana, Kenya, Mali, Tanzania, Germany and Nigeria as well as representatives from the International Air Transport Association (IATA) and Agency for Aerial Navigation Safety in Africa and Madagascar (ASECNA).

Dana Air Bags Airline of the year 2017, 2 other awards ….Crew wins King and Queen of the Air contest