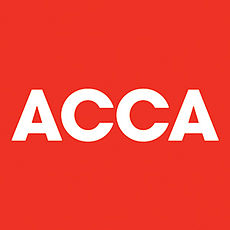 The public sector’s image as a place where little or no innovation happens is challenged in a global research report from ACCA (the Association of Chartered Certified Accountants), Innovation in public finance. The report reveals that 91% of public sector respondents said some kind of innovation was happening in their organisation, with slightly less – 90% – in the private sector claiming this was the case.

Some 4,436 ACCA members across 142 countries took part in the survey, with online panel discussions with 89 members across 32 countries. The level of innovation was measured across three areas: people-based, data and technology, and process innovation, with the report aiming to investigate what kind of innovation is taking place in public finance, while also looking ahead to future challenges.

The respondents’ insights reveal a public sector that is innovating incrementally. But when asked what type of innovation is required to meet today’s complex challenges, finance professionals believe governments need to embrace more radical forms of innovation.

Alex Metcalfe, public sector expert at ACCA and author of the report comments: ‘The findings show that innovation in the public sector is broadly incremental, and not radical or transformative innovation. But with considerable challenges facing the public sector – from budget reductions to talent shortages – our respondents said a more radical approach is needed in the future. Their clear message is that governments need to shift from the current dominance of incremental innovation to more radical reforms.’

Matthew Taylor, chief executive of the RSA (The Royal Society for the Encouragement of Arts, Manufactures and Commerce), writes in the foreword: ‘This report dispels the lazy myth that the public sector is adverse to innovation. The future is unpredictable. Leaders – whether of nations or cities – need to be able to experiment and adapt. At the RSA we advocate ‘thinking like a system and acting like an entrepreneur’. Change can come from anywhere in a system, but transformation means the ability continuously to experiment and adapt.

‘We need leaders whose understanding of our challenges and whose determination to make a difference is such that they will openly embark on a journey without knowing where it will end. Any leader who claims to be doing this without often feeling disorientated and vulnerable is deluding themselves. Ultimately, however, as many of those who responded to the ACCA’s survey recognised, aiming for transformation may be less risky than hoping it can be avoided.’

Public finance professionals believe that governments need to shift from the current dominance of incremental innovation to more radical forms of innovation.
This means that policymakers and public sector leaders should share a vision and strategic direction, allowing staff to understand how the organisation can proactively address the complex challenges it faces.

The finance function has a critical role to play in the wider public sector innovation process.
Public finance professionals should apply the concepts of integrated thinking and value creation through multiple forms of ‘capital’ to help in the construction and assessment of business cases for innovation.

It is through the power of connections that public finance functions will be able to realise fully the desired shift to more radical forms of innovation.
Public finance professionals should work with finance business partners to connect across the organisation and help shape a culture of innovation.

The report explains that there are three public sector specific challenges for radical innovation:
Maintaining a stable environment while innovating – bringing new idea to life can be disruptive, and this is a risk for public services that often serve the most disadvantaged in society;
First-mover disadvantage – where the public sector has the disadvantage of organisation-specific risk, combined with potential system-wide benefits;
And the challenge of diffusion and the need to spread innovation effectively – since innovation can often be context-specific and competitive forces do not comparably operate in the public sector to spur widespread adoption of successful innovations.

The report ends with an assertion that nurturing innovation is collaborative. Alex Metcalfe concludes: ‘ACCA believes that innovation is not just for entrepreneurs and ‘rule-breakers’. It takes team work to innovate, people with a diverse range of perspectives and skills who can meet the challenges of radical innovation. This is the wider innovation ecosystem, the web of connections, skills, information, perspectives and insights, and where public finance professionals play a role as key enablers and supporters of change.’