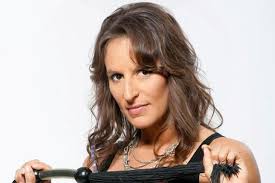 Women are barred from watching football matches in Iran.

An Iranian woman who was denied entry to a football stadium in Tehran has died after setting herself on fire, human rights organization Amnesty International said.
Sahar Khodayari, 29, faced charges of “appearing in public without a hijab” when she attempted to enter the stadium “dressed as a man” in March, according to Amnesty.

“She was stopped from entering when the stadium’s security guards discovered she was a woman,” Amnesty said in a statement.

 
Khodayari appeared in a Tehran court last week, when the case was adjourned. She then poured gasoline on herself and lit herself on fire.
She died on Monday September 9.
Iran’s ban on women attending sports stadiums was put in place shortly after the 1979 Islamic Revolution.
Amnesty and Human Rights Watch (HRW) both called on football’s world governing body FIFA to end the ban.
“Sahar’s tragic arrest, jailing, and suicide attempt underscore the need for Iran to end its ban on women attending sports matches — and the urgency for regulating bodies like FIFA to enforce its own human rights rules,” HRW said in a statement before the news of her death.
Sahar was suffering from bipolar disorder and her time spent in jail made her condition worse, her sister reportedly told Iranian outlet Rokna in an earlier interview, HRW said.
 

Esteghlal supporters attend the AFC Champions League group C football match between Iran’s Esteghlal and Qatar’s Al Duhail at the Azadi Stadium in Tehran on May 6, 2019.

She has since been dubbed the “Blue Girl” on social media, after the colors of her favorite Iranian soccer team, Esteghlal.
In a statement, FIFA said: “We are aware of that tragedy and deeply regret it. FIFA convey our condolences to the family and friends of Sahar and reiterate our calls on the Iranian authorities to ensure the freedom and safety of any women engaged in this legitimate fight to end the stadium ban for women in Iran.”
In June, FIFA sent a letter to the Iranian Football Federation requesting a timeline that would allow women to be able to buy tickets for World Cup qualifiers, Reuters reported.
In response, Iran’s Deputy Minister of Sport and Youth for Developing Women Sports and Managing Director of the Girls’ Physical Education, Mahin Farhadi-Zad, said the country has no specific deadline but is working on the “necessary infrastructure” to allow women into stadiums, state-owned IRNA reported in July.
CNN could not reach the Iranian government for a comment.
As reaction to her death grew online, Italian club AS Roma tweeted its support for Khodayari.
 
“#ASRoma is yellow & red but today our heart bleeds blue for Sahar Khodayari,” it tweeted.
“The beautiful game is meant to unite us, not divide us — that’s why we set up @ASRoma_Persian last year.
Previous Article

World No Tobacco Day: Here Is How You Can Quit Smoking