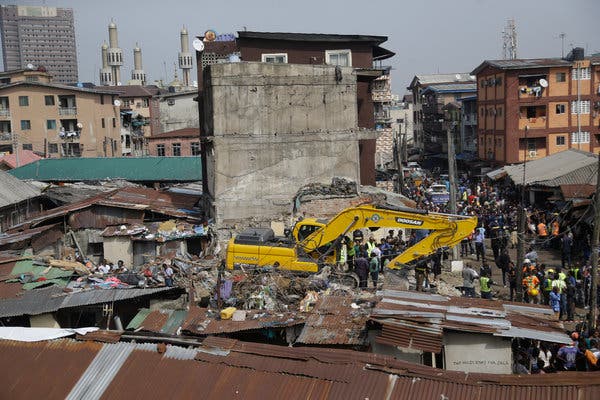 A pregnant woman and her three kids  have been confirmed dead after a house built on a hill collapsed on their building  at Magodo-Isheri area of Lagos.

According to the General Manager, Lagos State Emergency Management Agency, Femi Oke-Osayintolu, “A building on top of a hill collapsed on buildings that were down the hill. With that, we had a lot of people trapped inside the buildings “.

“The pillars of the collapsed building killed the mother and her three children, we recovered four bodies.”

Six people, including the husband of deceased were rescued from the building and were all taken to the closest hospital with different degrees of injuries.

Mr Oke-Osanyintolu said that  relevant agencies are working to ascertain the cause of the collapse.

Also  probably due to flooding, multiple incidents of building collapse  have been reported in some areas of Lagos State.

UBA Promises to Put Customers’ Needs First as it Holds 2019