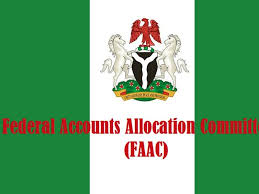 The Federation Account Allocation Committee (FAAC) on Thursday in Abuja, shared a total of N693.529 billion to the three tiers of government for the month of September, 2019.

The News Agency of Nigeria (NAN) reports that the N693.529 billion comprised revenue from Value Added Tax(VAT), Exchange Gain and Gross Statutory Revenue in the month.

A communiqué read by the Accountant General of the Federation (AGF) Mr Ahmed Idris, confirmed that the gross statutory revenue for the month of September was N599.701billion.

For the month, gross revenue of N92.874 billion was generated from VAT as against N88.082 billion distributed in the previous month, indicating an increase of N4.792 billion.

According to the communique, N0.954 billion was also realised from Exchange Gain for the month.

A breakdown of the allocation showed that from the total revenue of N693.529 billion shared, the Federal Government received N293.801 billion, the States received N186.816 billion, and the Local Government Council received N140.864 billion.

Borno Varsity to Get Teaching Hospital

ACEIDEV Calls For Improved Budgetary Allocation To Education ,Others