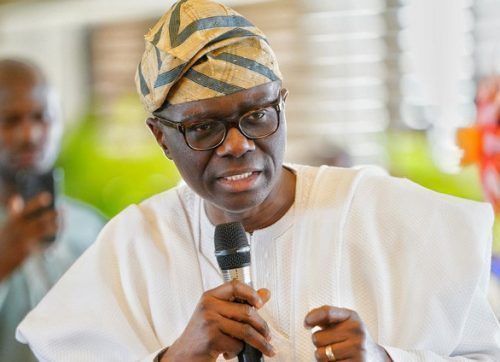 In commemoration of 200 days of the Sanwo-Olu led administration, the Lagos State Government, through the Lagos State Ferry Services, LAGFERRY, will ferry an average of 480,000 passengers via the waterways as it progresses in its commercial operations due to commence next month.
The  Commissioner for Transportation, Dr. Frederic Oladeinde disclosed this  during his working visit to the LAGFERRY office at Mile-2, alongside the Permanent Secretary of the Ministry, Mr. Olawale Musa and other management staff.

He lauded the agency’s efforts and preparations on advancing water transportation including boat tests, and critical assessment of 30 key routes with the aid of drones, promising the Ministry’s support to ensure that the agency remains effective to sustain the safe use of the waterways by citizens.

Oladeinde also stated that the agency will work hand in hand with LAMATA to incorporate the ferry system into the central ticketing and billing system to coordinate the modes of transportation in the State.

The Managing Director, LAGFERRY, Mr. Abdoulbaq Ladi-Balogun, while briefing the Commissioner, stated that the agency is working with its counterparts, the Lagos State Waterways Authority, LASWA, the Ministry of The Environment and Water Resources as well as the Ministry of Waterfront Infrastructure to rid the water channels of wreckages and debris which are the main causes of mishaps on the waterways.

He revealed that the agency is looking to drive its operations via technology by creating an application that will allow passengers to make online ticket bookings for their trips ahead of time to create ease and reduce loading time.

Ladi-Balogun also mentioned that the agency is keen on commencing commercial boat activities, through its already existing routes, to decongest the roads and ultimately ease movement from one place to another, adding that riverine communities like coconut, Snake Island, Badagry and Ikorodu are clamouring for effective waterways transportation along the axis.

Our Achievements At 30th Anniversary -NDIC