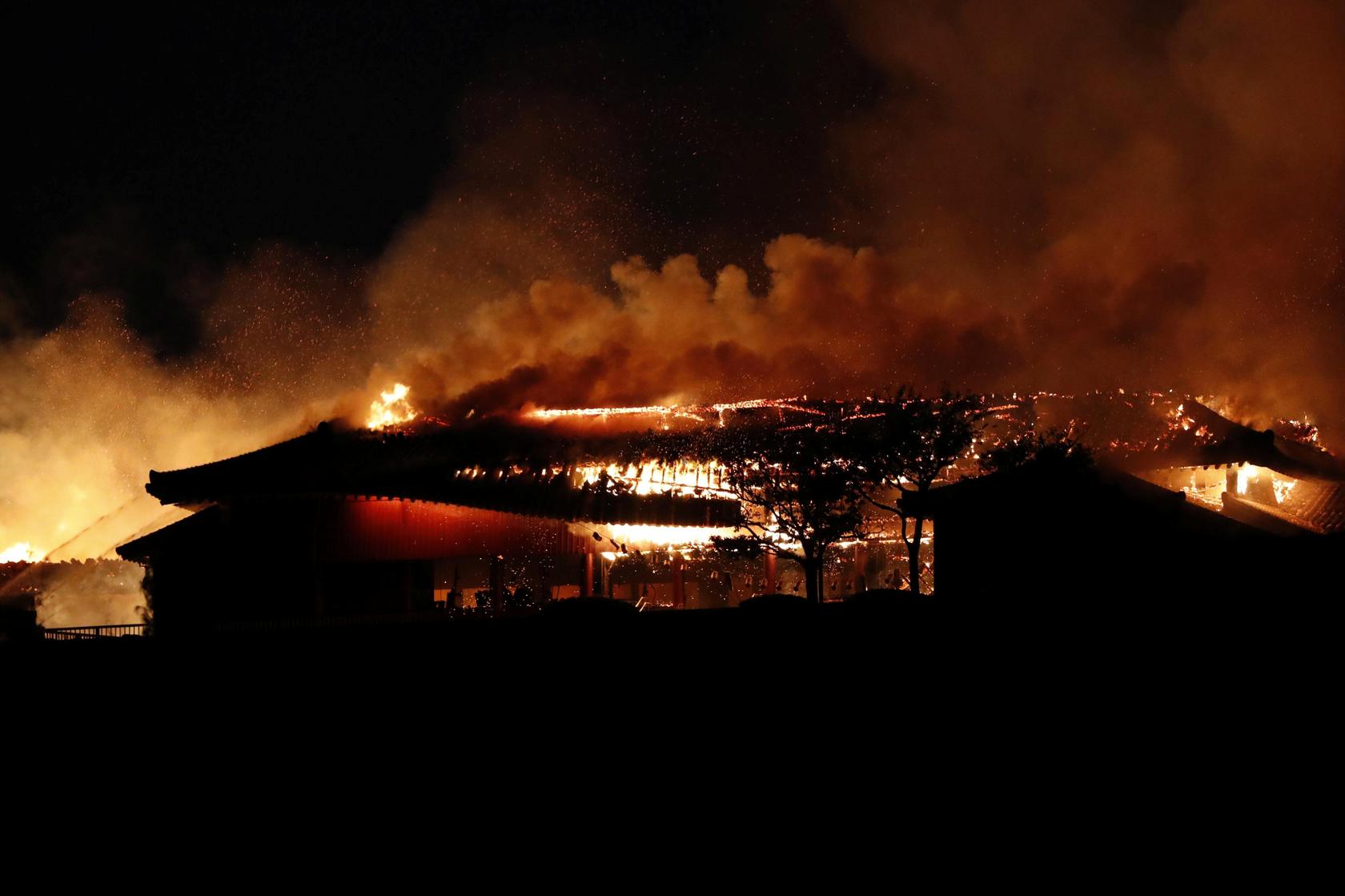 A fire has swept through a historic castle on the southern Japanese island of Okinawa , destroying much of a structure that had come to symbolise the ancient Ryukyu kingdom and the island’s recovery from the second world war.

Flames engulfed Shuri castle, a Unesco world heritage site located in the island’s capital Naha, at around 2:40 am and quickly spread to other buildings in the complex, local police said.

There were no initial reports of injuries, but nearby residents were evacuated while firefighters spent several hours attempting to bring the fire under control.

 
The castle, a popular tourist spot, dates back to the days of the Ryukyu kingdom, which began in 1429 and ended in the late 1800s when it was annexed by the government in Tokyo.

More recently, the castle has come to symbolise Okinawa’s struggle to overcome the devastation of war. More than 200,000 Americans and Japanese, including around a quarter of Okinawa’s civilian population, died during a fierce 82-day battle from April to June 1945. The island is still home to a large number of US military bases.

As the headquarters of the imperial Japanese army, Shuri castle was relentlessly shelled by US forces, who occupied the island until it reverted to Japanese control in 1972, two decades after the rest of Japan regained full independence. The castle was extensively restored and reopened as a national park in 1992.