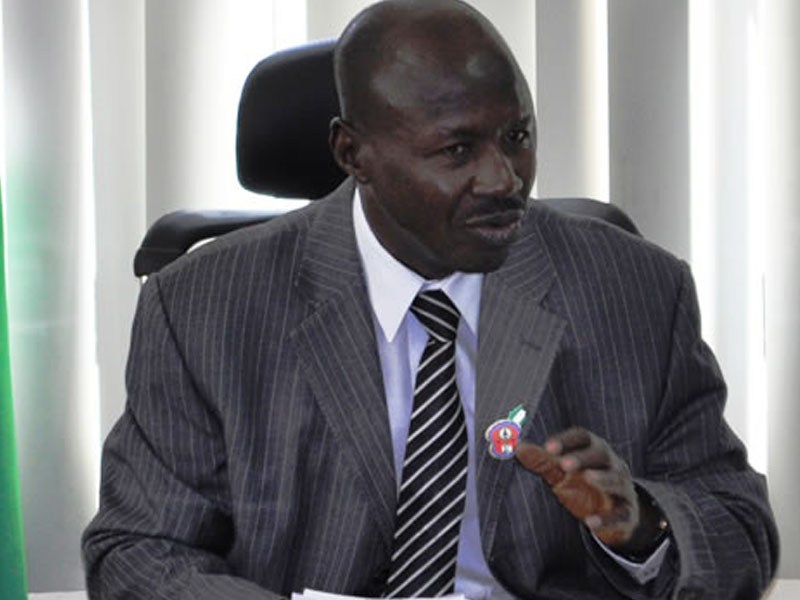 The acting chairman of the Economic and Financial Crimes Commission, EFCC, Ibrahim Mustapha Magu, has disclosed that the Commission will henceforth arrest and prosecute medical practitioners who provide fake medical report to persons facing trial for corruption.

He lamented that the spectre of fake medical reports had added to the many frustrations that attend the prosecution of corruption cases in court, as defendants frequently use such bogus reports to delay trial unnecessarily.

Magu who made the disclosure, at stakeholders’ meeting at the agency’s head office in Abuja also highlighted the giant strides of the Commission in the fight against Internet and other computer based frauds.

According to the EFCC boss, the Commission arrested over 200 suspected internet fraudsters across the country in coordinated operations, adding that the the greatest breakthrough was the arrest of a social media personality, Ismailia Mustapha, a.k.a Mompha, and his Lebanese accomplice, Hamza Koudeih.

Magu revealed that the two high profile financial crime suspects, were picked up in Abuja and Lagos, respectively.

“They were picked up in Abuja and Lagos respectively, through credible intelligence report which flagged the suspects as kingpins of Organized Cyber Syndicate Network, (OCSN)”, he stated.

Explaining further, Magu disclosed that Mompha had been under the raider for a while, before he was arrested adding that the suspect had laundered over N14billion, through a company identified as Ismalob Global Investments Limited, while operating 51 bank accounts in Nigeria, which he used to acquire properties in Dubai, United Arab Emirate.

According to the anti-graft boss, Mompha’s accomplice, one Hamza Koudeih, used two different firms, THK Services Limited and CHK Properties Limited, to launder about N19billion and was living large at a $5million per annum suite, at the Eko Atlantic Pearl Towers, Victoria Island, Lagos State.

“The arrest has further confirmed our commitment to the fight against corruption and economic crimes and has been able to send a clear message to high end fraudsters that they can only run but cannot hide. Sooner or later, we will get them”, Magu said.

According to him, the Commission will sustain the tempo of vigorous prosecution of fraud cases that are in court, explaining that out of 890 convictions secured so far this year, fraud related cases account for huge percentage of the convictions.

The EFCC boss, however, reiterated the need for collaborative effort and solicited the support of all stakeholders, especially the media in the area of sensitizing of the youths.

“We are considering a policy that will help in the rehabilitation of convicted but repentant internet fraudsters, to ensure that their skills are positively applied in helping to build a better Nigerian society”, he added.