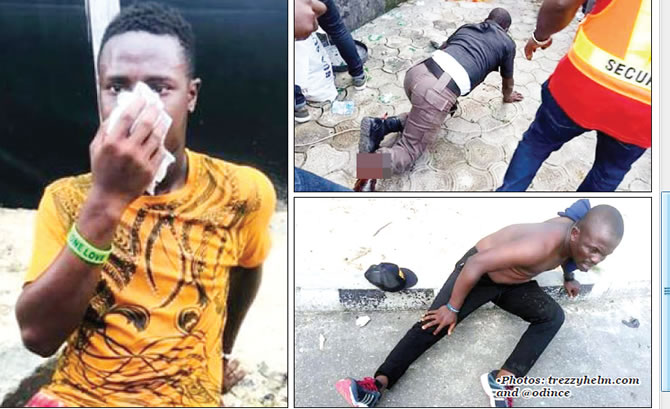 Three people have been feared killed in the violence that rocked the Peoples Democratic Party rally at Okolomabiri in Nembe Local Government Area of Bayelsa State on Wednesday.

As was published in Channels Television,  It was gathered that gunmen stormed the venue of the rally and began shooting indiscriminately.

A driver of an OB van attached to the Bayelsa State-owned radio station, Simon Onu, was one of those said to have been shot dead.

Earlier, some journalists and supporters of the PDP had made their way to Nembe Pasambre, where the APC deputy governorship candidate, Senator Degi Biobarakuma, hails from.

They were, however, denied entry into the community, after which they moved to Okolomabiri, a nearby community where they were greeted with violence that resulted in the deaths.

The governorship candidate of the PDP, Senator Douye Diri said many of their members were yet to be accounted for and demanded justice for those affected.

He said the party had received information that a group had declared that Nembe was an APC area and the PDP would not be allowed to campaign there.

The Vice-Chairman of the PDP in the South-South called on the Independent National Electoral Commission, the Army, and the Police to ensure that there is law an order.

While condoling with the families of those who lost their lives, the PDP chieftain said the party and its supporters will remain peaceful and would not take laws into their hands.

According to him, following the signing of a peace accord last week, the PDP and its supporters have worked to maintain the peace.

“When APC came here to do their rally, nobody interfered with what they were doing. In some states, they would have denied them access to the pavilion [used for the rally],” he said, wondering why PDP’s rally would be attacked.

One of those at the rally, Orutu Africa, accused APC supporters of throwing bottles at them initially.

“The next thing we saw was boys from Basambri crossed over with guns to Okolomabiri and the shooting began. They shot at sight,” he said.

Even the military could not help us at the time because the number of boys that came with their sophisticated guns was many. So, what we experienced was a near-death experience.”

He said so many people were injured and he was fortunate to escape through a nearby forest before getting a vehicle to get him to safety.

Meanwhile, Governor Seriake Dickson has visited some of those injured in the attack in the hospitals where they are receiving treatment.

We Can Only Handover Sowore To His Sureties- DSS Spokesperson