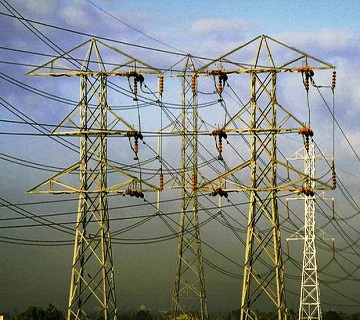 The Senate has mandated its Committee on Power to investigate the activities of power generating and distribution companies with a view to unraveling the cause of unsteady power supply in Nigeria.

According to a press release signed by Ezrel Tabiowo, Special Assistant (Press)
to the President of the Senate,  the investigating committee has four weeks to submit its report to the Senate for consideration.

The decision by the upper chamber to probe power generation, transmission and distribution in the country was reached sequel to a motion considered during plenary on Tuesday.

Sponsor of the motion, Senator Chukwuka Utazi (PDP, Enugu North) said Nigeria, with a population of 200 million and an annual growth rate of 2.6 percent per annum, is the seventh most populous nation on earth.

According to Utazi, the power generating or installed capacity of Nigeria in relation to its population and Gross Domestic Product cannot place the country to compete favourably in terms of development with other nations.

He, therefore, called on the Federal Government to find solutions to the power deficits faced by the country.

The lawmaker while expressing optimism that Nigeria can set a realisable target of generating capacity of 100,000 megawatts in the next ten years, said same can be achieved through a mix of energy sources such as natural gas, hydro, coal, wind and renewable energy.

He added that the various zones in the country are naturally positioned to take advantage of the various energy mix and renewables, particularly solar energy.

“Both the north and South have large water bodies that can still be dammed for hydro,” Utazi said.

The lawmaker further posited that Nigeria can improve on its transmission infrastructure by up-scaling its networks from the current 330kv and 132kv to 765kv super grid to enable big power plants to send power through such grid over long distances.

He added that beyond generation and transmission, Distribution Companies (DisCos) lack the financial and technical capacities required, thereby resulting in their inability to pay for power which Generation Companies (GenCos) deliver to the grid.

Underscoring the motive behind the privatization of the power sector in 2013, Utazi stressed that the objective in privatizing power distribution assets was not to achieve highest financial bids, but rather to get capable companies that can achieve the lowest Average Technical Commercial and Collection losses within five years.

In her contribution, Senator Oluremi Tinubu (APC, Lagos Central) said the failure of the power sector was largely due to the refusal of the leadership of past governments to embrace new ideas.

According to her, “Government should embrace new ideas that would take Nigeria to the next level.”

The lawmaker, who bemoaned previous policies particularly under the administration of former President Goodluck Jonathan, said the power problems of the country remain the same despite their introduction.

He, therefore, called on the Federal Government to engage all stakeholders in the power sector with a view to coming up with workable solutions to Nigeria’s power crisis.

“We need to bring experts together to look at the power sector as a whole in a bid to realising these targets. Our companies are now being moved to Ghana, this is because of power.

According to him, Nigeria’s transmission infrastructure currently lacks the capacity to withstand an increase to power generation.

The lawmaker however advised the Federal Government to build on existing policy frameworks inherited from past administrations.

Accordingly, the Senate urged the Federal Government to upgrade the transmission infrastructure of Nigeria’s power grid for a more efficient transmission of power.