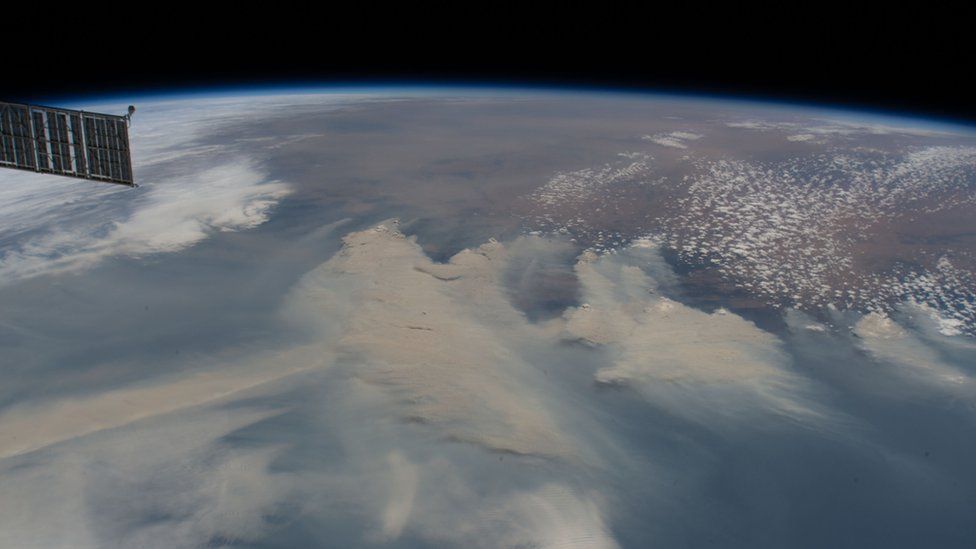 Chileans have been surprised by cloudy days in the middle of January — uncommon weather for the country’s summer season.

The anomaly was caused by the smoke coming from Australia’s “monster fires,” which reached South America last week, the BBC reports.
Chile, Uruguay, Argentina, and Brazil have been affected.

In Australia, nearly 6,000 km² of land has been burnt after seasonal bushfires were intensified by climate change.

The fire claimed the lives of 27 people and, according to one estimate, more than a billion animals. Once the smoke of the flames reached the lower stratosphere, it managed to travel 12,000 kilometers all the way to Chile, unperturbed.
The smog that reached South America is not hazardous for the population’s health, unlike in Australia.

According to Chilean newspaper La Tercera, the sky of the capital Santiago was covered by a cloud that caused a slight drop in temperatures.

Meanwhile, more than 30,000 people in Sidney, Australia, protested against their government handling of the fire crisis and urged for more climate.

The 18 Countries Without Covid-19