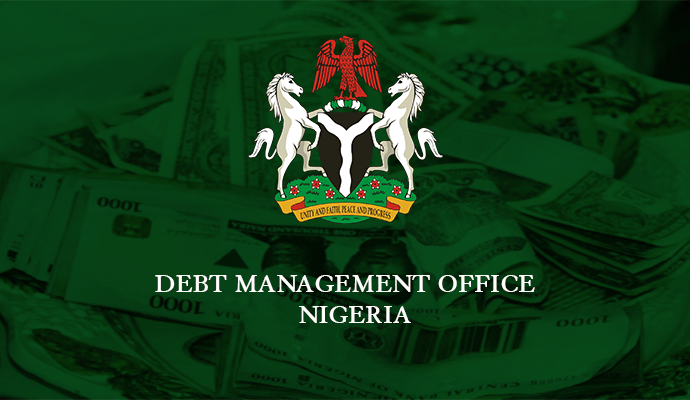 The Director-General of the debt management agency, Patience Oniha, disclosed this in Abuja at a media briefing just as denied recent reports that the country’s total debt figure was more than N30 trillion.

He said the latest increase in the debt portfolio was a marginal increase by about 2 per cent from about N25.7 trillion recorded in the last quarter of last year between July and September.

As published in Premium Times, Mrs Oniha said the debt stock, which comprised those of the Federal and 36 State Governments as well as the Federal Capital Territory, also includes promissory notes valued at about N821.7 billion.

The promissory notes were issued to settle the Federal Government’s arrears to petroleum products marketers and State Governments under the Promissory Notes Programme approved by the Executive Council of the Federation and the National Assembly.

The Notes to the marketers were in respect of arrears of verified payments approved by the government in respect of the fuel subsidy claims filed for petroleum products import and supplies.

The payment to the State governments was in respect of refunds for projects executed on behalf of the Federal Government.

Whereas the 2019 Appropriation Act provided for a total new borrowing of over N1.61 trillion split equally between domestic and external, the DG said only the domestic component of N802.8 billion was raised due to the late passage of the budget during the year.

She said the situation was dependent on the expectation that the implementation of the 2020 Budget would commence on January 1, 2020.

Local and foreign debt
Also, the DG said the level of new borrowings by the Federal Government in the latest Appropriation Act declined significantly since the country exited the recession in 2017.

“The ratio of long-term to short-term debt in the domestic debt was 80:20, which shows it outperformed the target of 75:25,” she said.

Similarly, the DG said total debt as a percentage of gross domestic product of about 18.47 per cent as at September 2019 was within the limit of 25 per cent.

She said the rate fared better when compared with the debt/GDP ratios of advanced countries, namely the United States, United Kingdom and Canada with 105, 85 and 90 per cent ratios respectively for the period.

Regardless, the DG said because these countries generate adequate revenue to finance their programmes, the level of their debt service/revenue ratios of about 12.5, 7.5 and 7.5 per cent respectively for the corresponding period were much lower than Nigeria’s 51 per cent in 2017.

Although she did not say how significant the decline was, Mrs Oniha attributed the increase in the new borrowings in the Appropriation Acts between 2015 and 2017 to the determination of the government to stimulate growth.

She said Nigeria’s low revenue base relative to its GDP, which was a reflection of its high debt service to revenue ratio underlines the need for revenues to grow.

The efforts to realize increased and diversified revenue base, the DG said necessitated the passage of the Finance Bill signed into law last Monday by President Muhammadu Buhari, apart from some strategic revenue growth initiatives by various government agencies.

The development was also attributed to the drive to create jobs in the economy in line with the objectives in the National Economic Recovery and Growth Plan (NERGP).

Reviewing the activities and plans to raise capital from domestic and external sources to finance development programmes, Mrs Oniha unveiled plans for new borrowings approved in the 2020 Appropriation Act.

Details of the plans include N850 billion and N744.99 billion for external and domestic borrowings respectively, with the latter expected to be raised through Federal Government of Nigeria Bonds, N150 billion SUKUK, FGN savings bonds and Green Bond.

The SUKUK is expected to be dedicated specifically for financing roads construction projects in various locations across the country.

For external borrowings, Mrs Oniha said this was part of its debt management strategy to first seek out concessionary and semi concessionary loans due to the lower interest rate and longer repayment tenors.

“Any shortfall thereafter may be raised from commercial sources,” she said.

Buhari Says Border Closure Is To Strengthen Our Security , Economy Not Punish Our Neighbours

Nigeria to Commence Repatriation of Refugees from Cameroon