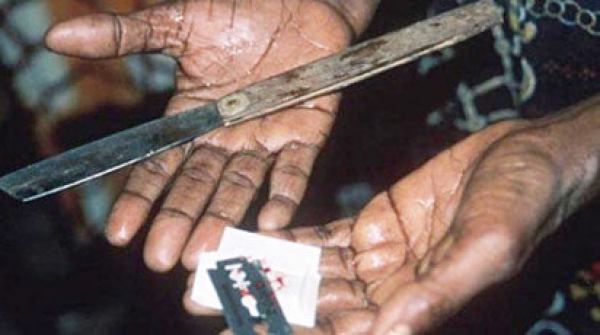 Female genital mutilation (FGM) exacts a crippling economic as well as human cost, according to World Health Organization (WHO).

“FGM is not only a catastrophic abuse of human rights that significantly harms the physical and mental health of millions of girls and women; it is also a drain on a country’s vital economic resources,” said Dr Ian Askew, Director of WHO’s Department of Sexual and Reproductive Health and Research. “More investment is urgently needed to stop FGM and end the suffering it inflicts.”

New modelling reveals that the total costs of treating the health impacts of FGM would amount to USD 1.4 billion globally per year, if all resulting medical needs were addressed. For individual countries, these costs would near 10% of their entire yearly expenditure on health on average; in some countries, this figure rises to as much as 30%.

The interactive modelling tool that generated these data was launched on the International Day of Zero Tolerance for Female Genital Mutilation.

Severe physical and mental health impacts for women and girls
Women and girls living with FGM face serious risks to their health and well-being. These include immediate consequences after being cut, such as infections, bleeding or psychological trauma, as well as chronic health conditions that can occur throughout life.

Women who have undergone the procedure are more likely to experience life-threatening complications during childbirth. They may face mental health disorders or suffer chronic infections. They may also have pain or problems when they menstruate, urinate or have sexual intercourse.

All of these conditions warrant much-needed medical attention and care.

“High healthcare costs for countries mount because of the tragic personal impacts on women and girls. Governments have a moral responsibility to help end this harmful practice,” says Dr Prosper Tumusiime, Acting Director for Universal Health Coverage and the Life Course in the African Regional Office of WHO. “FGM hurts girls, imposes lifelong health risks on the women they become, and strains the healthcare systems that need to treat them.”

Preventing FGM brings major benefits for women, girls, communities and economies
Using data from 27 high-prevalence countries, the Cost Calculator demonstrates clear economic benefits from ending FGM. If it were abandoned now, it shows that the associated savings in health costs would be more than 60% by 2050.

In contrast, if no action is taken, it is estimated that these costs will soar by 50% over the same time period, as populations grow and as more girls undergo the procedure.

Since 1997, great efforts have been made to end FGM, through work within communities, research, and changes in legislation and policy. 26 countries in Africa and the Middle East now explicitly legislate against FGM, as well as 33 other countries with migrant populations from FGM-practicing countries.

WHO is also working with countries to raise awareness of the harmful impacts of the practice among their health workers, and to engage them in prevention efforts.

Female genital mutilation is internationally recognized as a human rights violation. It has no medical benefits and causes only harm. WHO’s position is that FGM must never be carried out.