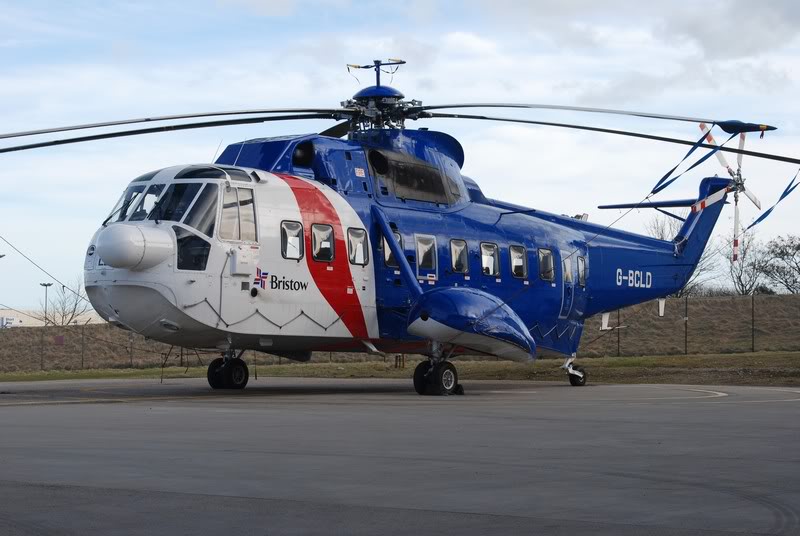 Aircraft pilots under the aegis of National Association of Aircraft Pilots and Engineers (NAAPE) have withdrawn their services from Bristow Helicopter Group.
The group has also shut supply of aviation fuel to the airline, a situation that has indefinitely led to the shutdown of the carrier which services the oil and gas sector aside the charter operations it does.
Reacting to the shutdown of operations of the airline by NAAPE, the management in a statement said NAAPE acted without due notification to Bristow and in violation of the relevant labour laws.
The management lampooned the union and said all allegations made by NAAPE leadership were, “inaccurate”.
According to the management, “For the record, Bristow has acted (and will continue to act) in accordance with all national laws relating to its operations and with respect to its personnel.  In addition, since its inception, Bristow continues to be the leading recruiter and trainer of national engineers and pilots in Nigeria, many of whom have since progressed to take up very senior executive positions within the Bristow Group and other companies operating within Nigeria and internationally”.
“We will continue with our resolute commitment to the promotion of Nigerian local content, capability and capacity within our industry, despite the very challenging economic climate”.
It also stated that there have been ongoing discussions between NAAPE and Bristow, on the issue raised by NAAPE, stressing that it is therefore very disappointing that NAAPE has elected to take this premature action contrary to the ongoing dialogue and spirit of partnership that exists between the parties”.
“Notwithstanding, Bristow will continue to pursue the path of constructive engagement, in a way that is safe, sustainable and legally compliant”.
National President, NAAPE, Abednego Galadima alleged that the management of Bristow Group has been unrelenting in violating both the spirit and letters of the conditions of service wittingly agreed to by them.
He noted that in this regards, the company kept pilots and engineers progression at bay, refusal to pay for forced work rotation which they kept in place for the whole year January to December of 2017, declared redundancy but refused to offer any justification as required by labour law and Condition of service.
He further alleged that while bidding for time to render potential victims helpless, the firm commenced a policy of witch-hunting, intimidation and victimization of union members leading to arbitrary sacking of a pilot without recourse to the procedures established in the conditions of service, created and forced engineers into a shift pattern that requires them to work for in excess of what is agreed in the conditions of service.
Having tried to be calmed composed and matured under what he described maze of malfeasance on the part of management, the NAAPE chief said they tried every form of engagement with the hope of securing an amicable settlement of the issues.
“But our forbearance has been taken for granted, and our patience has been repaid with scorn and mocking by the management. Having no further means to get amelioration, our union has no alternative than to embark on this industrial action”.
Abednego disclosed that the strike action would remain in place until the management of Bristow Group justifies their extraordinary recruitment of expatriates, or streamlines the number of expatriates in its employ to be in alignment with Nigeria’s Expatriate Quota Laws.
Other conditions are the recall of NAAPE member sacked arbitrarily with due apology, location of all pilots and engineers appropriately on the progression matrix established by the Conditions of Service immediately.
The management also requested they pay arrears of all work done as per approved pay structures in the company as contained in the conditions of service, abrogates all shift systems that are contrary to the progressions of the conditions of service and for work done presently in excess of approved hours of work in the conditions of service
The pilot body recalled that NAAPE and Bristow have been in a frosty relationship for over four years, adding that within this period, not a single issue has been completely resolved.
“Not even several interventions by the Federal Ministry of Labour and Employment, the Federal Ministry of Interior, and the Nigerian Civil Aviation Authority (NCAA) have succeeded in resolving any of the many issues. We consider this shameful situation to be a sad and sorry tale of failure of industrial relations by both parties”.
“However, we must hasten to put it on record that this adverse state of affairs has been foisted by the management of the Bristow Group who has promoted management by subterfuge to an art, where impunity and manipulation of facts are official management tools of oppression and coercion2, he added.
They accused the management of the company of not type rating 18 national engineers who obtained their Diplomas and Licenses over four years ago contrary  to the subsisting conditions of service.
Similarly, the  fate of thirteen other engineers who obtained their Diplomas and Licenses over one year ago according to them remains in limbo.
They stated that these engineers ought to, by now, be at the level of Engr. 3 if they had been properly designated as Trainee Engineers at entry in accordance with the CoS.
To them, this is a disingenuous way for the management to continue to hire expatriates under the guise of absence of local expertise.
They equally accused the management for denying qualified national engineers promotion into senior positions while continually training expatriates to hold same positions in perpetuity.
They however called on the Ministers of Labour and Productivity, Interior, Minister of State, Aviation, the leadership of the National Assembly, the Director General of NCAA and all agencies of Government connected to these issues to come to our aids in confronting and bringing under control the situation in Bristow Helicopters.
He said this will be in the general interest of Nigeria and her citizens, as well as the orderly development of the aviation sector in Nigeria.