He addressed over young Cape Verdean entrepreneurs in a Forum themed “African Youth: Foresight and Opportunities”, where he shared nuggets from his wealth of experience as an entrepreneur with success stories investing in Africa.

He said: “Entrepreneurship is a long-term journey. There is no quick fix. You will make mistakes. You will have challenges. For you to succeed along this journey, you must be disciplined, make sacrifices and save today to achieve your goals.”

The audience included public sector leaders – the President of Cape Verde, H.E. Jorge Carlos de Almeida Fonseca OICVV and Prime Minister, H.E. José Ulisses de Pina Ceorreia e Silva, as well as development partners, United Nations Development Programme (UNDP). Mr. Elumelu addressed these stakeholders, emphasising the important role of the government in creating an enabling environment for small and medium scale enterprises to thrive while commending the Government of Cape Verde for the strong, deliberate reforms to boost entrepreneurship in Lusophone Africa. He stated that the future of the African continent is in the hands of the African youths and they must be empowered to achieve the ambition of a well-developed continent.

He said: “The Prime Minister spoke to me about the tax incentive they are putting in place. He spoke about out opening up the country for tourism, and air transportation, and the commitment to entrepreneurs, making sure that those interested in agriculture, ICT and other areas are supported to succeed. He spoke to me about creating the opportunity to meet with some of you and see how the Tony Elumelu Foundation can support some of you. This is what we expect from our African leaders: For them to know that the future of Africa is indeed in your hands,” Mr. Elumelu said.

In his keynote speech, the President of Cape Verde, H.E. Jorge Carlos de Almeida Fonseca OICVV, expressed gratitude to Tony Elumelu for pioneering the entrepreneurship movement across the African continent. He said: “Thank you to Tony Elumelu for what you are doing for young people in Africa especially young people in Cabo Verde”. The Prime Minister, H.E. José Ulisses de Pina Ceorreia e Silva, also commended Tony Elumelu and his Foundation’s commitment to empowering African entrepreneurs across the continent.

The entrepreneurship movement led by the Tony Elumelu Foundation has caught the attention of the African public sector and has rapidly become a defining blueprint for the accelerated development of the African economy. Its goal is to leverage the youth population to create jobs, revenue and eradicate poverty on the continent. Thus far, TEF has empowered 7,531 entrepreneurs across all 54 African countries (19 of whom are from Cape Verde), with plans to again open its application portal for the 6th cohort of its Entrepreneurship Programme on January 1, 2020.

Organised by the National Youth Ministry and the Government of Cape Verde, Youth Konnekt is one of the many plans the country has rolled out to further cement its plans to boost entrepreneurship across the region. 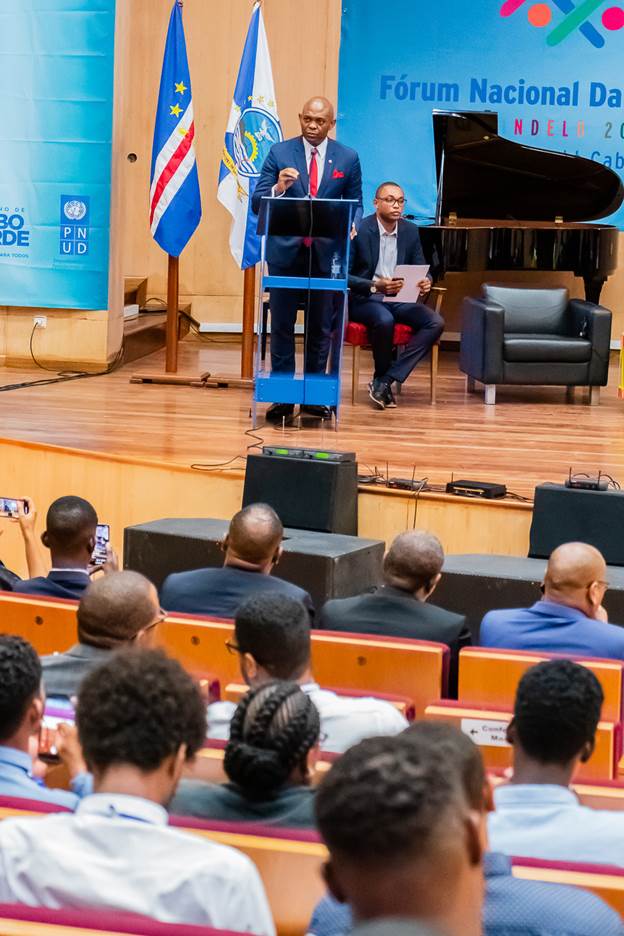