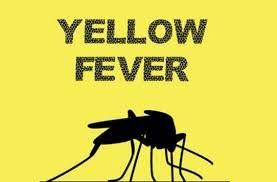 Following  the outbreak of an ailment suspected to be yellow fever in Matazu, Danmusa and Kankara council areas of Katsina State, more than 150 people, including women and children, have been feared killed.
The state government, has however, pegged the casualty figure at 24 with 47 cases so far recorded.But sources from the affected areas, who spoke with newsmen, including family members of some of the victims, insisted that scores had passed on in the past one month on account of the illness.

According to them, more than 135 people died in Matazu alone, while 10 were said to have lost their lives in Danmusa, and another 11 in Kankara. The disease has feverish condition, nausea, vomiting and yellowish eyes as some of its symptoms.

A former councillor of Kogwane ward in Matazu local council, Sule Ibrahim, said over 112 deaths had been recorded in the area in the last three weeks.He added that another three people gave up the ghost over the weekend with several hospitalised.The ex-lawmaker hinted that the scourge was first discovered in the area before spreading to the neigbouring Unguwan Sarki community.

The village head of Kogwane, Alhaji Shuaibu Ilyasu, confirmed that more than 50 people lost their lives in the last couple of days to the ailment, adding that every household had at least one person lying critically ill.“More than 50 people that included women and children, have lost their lives in recent days. We are still in disbelief over the deaths that have occurred due to this strange disease,” he stated

A resident, who simply gave his name as Ibrahim, said he had lost a loved one, maintaining that scores had either died or were lying criticality ill at home or in the hospital. Sources from Kankara and Danmusa also said some communities, especially those at the rural areas, had been severely affected by the bug with the death toll said to be substantial.

One of them, who craved anonymity, said more than 10 people had died in Danmusa, while 11 more lost their lives in Kankara.The Permanent Secretary in the state Ministry of Health, Dr. Kabir Mustapha, said the first outbreak was reported in Danmusa, as eight persons were brought to the Federal Medical Centre (FMC), Katsina for referral.

He stated that six people died of the infection a couple of days later, with 18 dying in Matazu, adding that 47 cases had been recorded in the state. Mustapha however dismissed reports that scores had died of the virus, insisting that the figure contradicts what was at the disposal of government.He said as a preventive measure, seven million doses of vaccines had been procured with 6.3 million immunised so far.(Medicalworldnigeria)