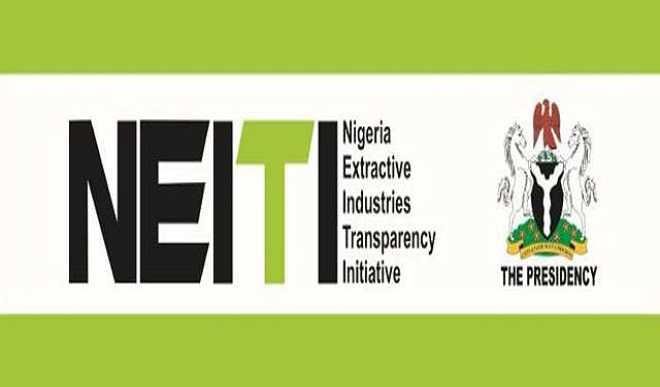 Nigeria Extractive Industries Transparency Initiative (NEITI) has urged the government to embrace oil fingerprinting technology, comprehensive metering infrastructure of all facilities, and other creative strategies to combat the growing menace of theft of Nigeria’s crude oil and refined petroleum products.

In a Policy Brief titled “Stemming the Increasing Cost of Oil Theft to Nigeria” released recently  in Abuja, NEITI alerted the nation that crude oil and refined product worth $41.9 billion were stolen from Nigeria in the last ten years.

A breakdown shows that the nation lost $38.5billion on crude theft alone, $1.56billion on domestic crude and another $1.8billion on refined petroleum products between 2009 and 2018.

As was contained in a press statement signed by Dr Orji Ogbonnaya Orji, Director, Communications and Advocacy, the Agency further expressed concerns that in the face of current dwindling revenues, paying priority attention to curb oil theft in the country’s oil and gas industry has become both necessary and urgent to expand revenue generation.

The NEITI Report further disclosed that Nigeria losses an average of $11million daily which translates to $349 Million in a month and about $4.2Billion annually to crude and product losses arising from stealing, process lapses and pipeline vandalism.

“While figures from government put the loss at between 150,000-250,000 bpd, data from private studies estimate the figure to be between 200,000-400,000 bpd. This implies that Nigeria may be losing up to a fifth of its daily crude oil production to oil thieves and pipeline vandals”, the report said.

On comparative analysis of the size and implication of the losses to the country’s current dwindling revenue profile, NEITI renewed its appeal to the government to curb oil theft to reduce budget deficits and external borrowing.

The transparency agency stated that the value of crude oil and allied products so far lost are equal to the size of Nigeria’s entire foreign reserves. “Stemming this haemorrhage and leakages should be an urgent priority for Nigeria at a time of dwindling revenues and increasing needs”, the report stressed

According to the NEITI report, what the country lost in 20 months in fiscal terms is “Enough to finance the proposed budget deficit for 2020; in 15 months to cover total proposed borrowing or increase capital budget by 100% and in five months to cover pensions, gratuities and retirees’ benefits for 2020”.

NEITI added “In terms of volume, 138.000 barrels of crude oil was lost every day for the past 10 years, representing 7% of average production of two million bpd. Nigeria lost more than 505 million barrels of crude oil and 4.2 billion litres of petroleum products between 2009-2018. What is stolen, spilled or shut-in represents lost revenue, which ultimately translates to services that government cannot provide for citizens already in dire need of critical public goods”.

The report further identified other effects of oil theft to the nation to include: pipeline vandalism, criminal sabotage, illegal refineries in oil producing communities, which threatens the safety and livelihoods of the environment where these illegal refineries operate.

On the environment, the NEITI policy brief remarked that the impact and implication of oil spills is monumental, degrades the environment and negatively affects the livelihoods of host communities.

The report examined the reasons for increase in incidence of crude and product theft and reviewed current containment strategies; These include, inadequate legal sanctions to serve as deterrent, stringent laws, deployment of technology designed to swiftly detect, localize and cut off flows to specific pipelines as soon as leakages occur.

The report also called for forensic investigation into the activities of syndicates operating in the oil and gas industry, given the increasing rate of stealing and sophistication of the illicit trade.

“Curiously, the volume of losses does not particularly reflect the rate of pipeline breaks for the corresponding years, suggesting either that the criminals are becoming more efficient, or crude theft is occurring increasingly elsewhere. This may require further probing”, the report remarked.

It also suggested that Government should reconstitute a special security task team for Nigeria’s oil and gas assets, with a specific mandate to minimise crude theft and vandalism.

“This task team should include the oil companies and technical expertise in relevant fields. Command and control responsibility should be manned by professional intelligence personnel. The key mode of operation should be based on seamless communication to improve response time. The command and control should have direct real time access to information produced by the leak detection and localisation systems installed and operated by the oil companies,” NEITI added.

The Policy Brief contains graphic information and data on the cost of oil theft to the country as well as other far-reaching recommendations in the areas of security overhaul, country engagements, diplomatic approach, stopping markets for stolen crude and refined products, measurement infrastructure as well as strengthening sanctions and enforcement mechanisms.