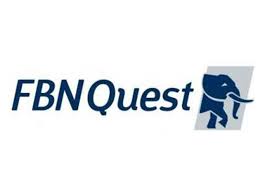 Olatidoye stated this in his presentation themed: “Bridging Nigeria’s infrastructure Gap, the Capital Market Option” at the 2019  annual conference of the Capital Market Correspondents Association of Nigeria (CAMCAN) on Saturday in Lagos.

He said that  the capital market represents a very good platform for raising funding for infrastructure development going by some landmark transactions in recent years.

According to  him, the market has  funded over portions of 26 roads across the six geopolitical zones in the country with the sum of N200billion on the FGN Sukuk I and II.

“We have raised N11.4billion for the development of primary, middle and secondary schools facilities in Osun State, we have funded the development of affordable housing on the Mixta Real Estate Plc Bond Issues and we have developed a number of roads, bridges, health facilities using the opportunity presented by the capital markets,” he said.

However, considering the huge financial outlay that runs into trillions of Naira, needed to bridge the gap,  Olatidoye said to successfully tap into the capital market for infrastructural financing, the existence of sound macroeconomic and policy frameworks are pre-conditions, hence, freedom must be given market forces to take its course.

“As much as the government has its role, political interference must be limited. This insures investors against any form of political risk, and most importantly corruption which has the potential of crippling the entire endeavor”.

He explained that on the retail side of the market, it was largely unarguable that capacity is more limited in the case of Nigeria.

“Retail investor size sums to circa three million and to have meaningful participation would require a great deal of education of this investor category. Besides, the mobilisation of retail funds is more likely through mutual fund schemes.

Olatidoye, who noted that foreign capital was a great deal in the domestic debt capital market, added that it is pertinent to note that project bonds, Sukuks, and other infrastructure-based fixed income products may be unappealing to foreign interest for a couple of reasons.

“Top of such concerns include: foreign exchange policies, liquidity, and tenor (money market has been the major destination for foreign portfolio investors).

“However, asides luring investors with reasonable yields, mitigating structures need to be in place to address risk factors, and this is largely reliant on a significant degree of macroeconomic policy stability and direction to capture offshore investors in long term domestic projects,” he said.

He noted that foreign exchange volatility, if not addressed in the ‘most market’ approach could deter the interest of foreign counterparties.

“Depending on the structure of the bond, projects could be of a nature that exposes the financers to devaluation risks, which will whittle down the dollar value of local currency cash flow from such projects.

“Hence, may fail to service the debt (especially if denominated in the dollar). Moreover, investors will be wary of rating characteristics of the issue. As it is often the case for government-sponsored issuances where the state’s creditworthiness influences the rating of its issue or special purpose vehicle (SPV).

“This will offer the highest form of safety and confidence for investors. We should be reminded that PenCom requires a minimum of an ‘A’ rating from two rating agencies for infrastructure funds.

“Ultimately, if infrastructure funds are the preferred options for issuers, the ingenuity of financial advisers would be put to test in coming up with structures that protect investors from currency fears (assuming the status quo remains) and also meeting the rating criteria,” he said.

Oladitoye noted that regulators have the principal onus to educate the investing public and other capital market participants.

“This forms the starting point of extracting the most benefit from an efficient capital market. Also, adequate market infrastructure should be in place to promote transparency (for instance, developing a whistleblowing policy), and address potential cogs from the issuance process to trading, settlement or rollovers. As an incentive, the overall cost related to pre-issuance,  issuance and post-issuance activities can be should be revised downwards. Specifically, a favourable tax regime should be instituted for infrastructural investments,” he said.

Oladitoye  stressed that  while there  are challenges ranging from the inability of the buy-side to embrace specialised products, appropriate pricing of the instruments, expensive guarantee products, cost of transactions among others, bond remains a veritable instrument for funding our huge infrastructural deficit if harnessed properly.

Earlier, in her keynote address, Ms Mary Uduk, the acting Director-General, the Securities and Exchange Commission (SEC) said the theme of the workshop was very apt as “Nigeria has a huge gap in infrastructure base measured through levels of physical capital of roads, public education, electricity production, health infrastructure, and access to treated water.”

Uduk said that the Nigerian government like other developing countries continues to face significant challenges in implementing programmes to build basic infrastructure, as the traditional source of infrastructure funding was through public expenditure and development finance aids.

“A report by the African Development Bank on Nigeria’s Infrastructure Plan in 2013 estimated that Nigeria would need to invest about $350bn in its infrastructure sector in ten years to be at par with its peers. There are other estimates that have put this figure at slightly higher.

“The government, in recognition of this is doing its best to close the infrastructure gap as outlined in the Economic Recovery and Growth Plan (ERGP) for 2017-2020,” she said.

the  establishment of an active infrastructure funds through the market as being pursued by capital stakeholders would be immensely beneficial in closing the infrastructure gaps in the country.

According to her, there are various sources of funds available in the market which can be harness for infrastructure development such as the pension funds, real estate investment trust and collective investment scheme.

The SEC boss said the capital  market provides an enabling environment for privateinvestment in infrastructure project, adding that the SEC is doing everything writhing its powers to promote this through the implementation of the Capital Market master plan 2015 to 2025.

She urged government to leverage on the alternative sources of infrastructure financing in the capital market in a bid to diversify the economy and develop infrastructure in NIgeria.

“The international capital markets are the largest and deepest pool of financing in the world, and in conjunction with local capital markets, which represent an essentially untapped source of funds for infrastructure projects, they can make a huge contribution to economic development, if effective transaction structures are developed.