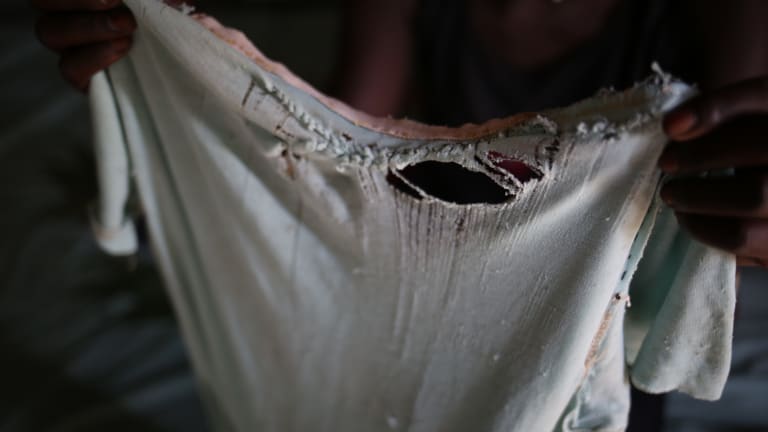 A damning statistics have revealed that over 60 percent of rape victims in Nigeria are children between 0-14 years, while a further 15-20 percent survivors are boys.
According to PRNigeria, this was  disclosed at the 5th Network Meeting of Sexual Assault Referral Centre (SARC) in Nigeria recently at Abuja by the Country Director, Pathfinder International, Dr. Farouk Jega.

The three-day event organised by the British Council’s Rule of Law and Anti-Corruption (RoLAC) and funded by the European Union brought together relevant stakeholders to discuss the challenges, successes and learning in the establishment as well as implementation of SARCs in Nigeria.

Jega who was represented by the Technical Adviser on Gender, Pathfinder International, Ms. Favour Adam’s, stated that SARC functions in higher capacity than all other hospitals in the country, as they treat, counsel and conducts follow up for the victims.

He also said that he SARC service is very important because forensic examination provides evidence in court,it exposes the actions of rape also determining the manner and time of attack.

On the damning revelations, he stated “that statistics collated at SARC shows that 60%of rape survivors are children from 0-14 years.

“Also we gathered that not only girls are being raped even boys at a percentage of 15-20.”

In the same vein, the Programme Director, British Council Security Justice and Conflict Programmes, Dr. Bob Arnot, revealed that over 10,000 Nigerian rape victims have passed through the SARCs for counselling and possible treatments in six years.

According to Arnot, SARC has a strong data inbuilt of people who have sought help on sexual assault but it could only be useful if it is being put into use.

“More than 10, 000 clients have gone through SARCs… which is a six years data of people who passed through SARCs in 15 states of the country,” he said.

He added that in approaching holistically the problem of sexual violence In Nigeria, the various Civil Society Organisations and other stakeholders must set aside institutional jealousy to allow the flow of collaboration.

Earlier, the European Union Ambassador to Nigeria, Ambassador Ketil Karlsen, noted that Sexual and Gender-Based Violence (GBV) is a global pandemic that requires fundamental and coordinating actions to guarantee the safety and security of vulnerable women across the world.

Karlsen reiterated that SARC initiative is very important and it will only to be effective if Impunity does not override the essence.

He said “the role of SARC is very vital as they have preventive effect and this can only function if Impunity does not prevail.

He stated that “the 16 days activism against gender based violence is an opportunity to put it at top political agenda as well as a need to have female leaders pursuing the right of women,as women rights are also human rights.”

The Programme Manager RoLAC Ms Priscilla Ankut explained that SARCs was created in order to address the cases of sexual assault, battery and all cultural harmful practices.

Ankut stated that ” there is a need to address the issues of violence against women and SARC with legal back from the Violation Against Persons (VAP) prohibition act prosecution has been attained to some level.

According to her ” the Sex Offenders Register is a digital tool to register all sexual offence, service providers check,and serves as a background check for employers.

She stressed the need for sensitization of survivors of sexual assault to encourage them tell their stories also the need for victims to be aware of available services.

She said “to ensure that survivors get the support that they need, beyond that SARC ensure to strengthen accountability for sexual offenders which is very crucial.

“Create an increase in awareness on see violation and available reporting channels which has resulted to huge development from what it used to being past times.”

Meanwhile, the Judge of the Kaduna State High Court and Chairman of Implementation Committee on Establishment of SARC, Justice Darius Hyet Kkobo , said Offenders have been prosecuted due to the forensic evidence provided.

Kkobo added that cultural hindrances are giving way for justice to prevail, urging the offenders that are yet to be apprehended to desist from these heinous act to avoid the wrath of the law.

The SARC annual conference was being held to create a platform of exchanging ideas among various SARC in different centres and states to ensure a uniform approach to sexual assault.

According to the Secretary Network of SARCs, RoLAC Programme, Ms. Oluwatoyosi Giwa, the Conference holds with a view to providing standardized training of personnel across board,promote strategy and garner support from government agencies and other relevant stakeholders.