Analyst: $15.9b spent in Forex market interventions by CBN 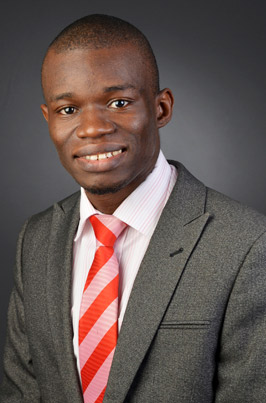 Ayodeji Eboh, the Managing Director, Afrinvest Securities has revealed that the Central Bank of Nigeria (CBN) has spent $15.9 billion in nine months in its weekly intervention in the foreign exchange (forex) market.

Ayodeji was speaking at the Finance Correspondents Association of Nigeria (FICAN) Economic Outlook with theme: ‘Nigeria Economy and Financial Market Outlook: 2017 Review and 2018 Outlook’ held at the FICAN Centre, Lagos.

He said the intervention funds, were for nine months, which started April and ended December, last year. He also said the figure was an improvement compared to the $9.6 billion spent in during same period of 2016. According to him, the Investors’ & Exporters’ Forex Window has recorded over $27.8 billion in turnover and brought about transparency and stability in the market.

Current account stabilised in surplus position, expanding to $9.6 billion annualised in nine months, from $2.7 billion in fiscal year 2016. The foreign investors will be happy to see the interest rate remain at 14 per cent, even as the stability in the market has helped the foreign investors know that the economy is stable. “Foreign portfolio investments provide liquidity and confidence to the market. And keeping the interest rate at 14 per cent will help keep them coming,” he said.

Speaking on loans to small and medium enterprises, he said delay and outright non-payment of borrowed funds by SMEs is making it difficult for key lenders within the sector, including Bank of Industry to grant further credits to operators.

Ebo said the year 2018 remains an opportunity for investors to make money in both equities and fixed income securities, but advised investors to time their entry and exit accurately in order not to lose their funds.

According to him, there is strong correlation between oil price rise and equities performance, adding that investors always look out for profitable businesses and those with great prospects.

Speaking on the stability in the forex market, he said rate convergence has already been achieved by the CBN, adding that with low exchange rate margin, speculators have virtually abandoned the market.

“Foreign investors also consider the margin between both official and parallel market level. When there is little or no volatility in the market, that gives foreign investors’ confidence. The naira gained 35 per cent year-on-year against the dollar to close at N363 to dollar by year-end in the parallel market,” he said.

Fitch explains why Nigerian banks will experience difficulty this year