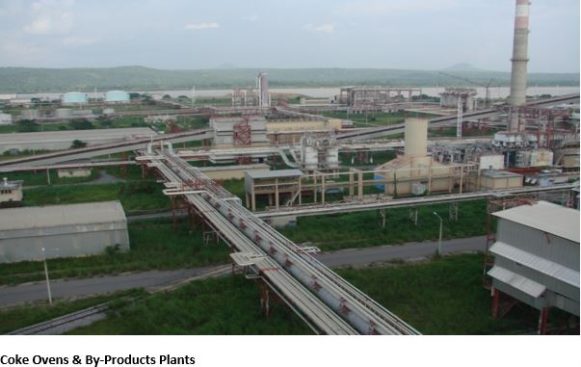 The Federal Government has reiterated its determination  to make  the National Iron  Ore Mining Company (NIOMCO) and Ajaokuta Steel Company Limited to work again,  saying that the two companies are too key to  the nation’s quest for  industrial development to be left in the hands of individuals or vested interest.

According to a press release signed by Timothy Akpoili for the Ministry,  the Minister of Mines and Steel Development, Arc. Olamilekan  Adegbite, stated this when he paid a working visit to the National Iron Ore Mining Company, Itakpe, Kogi State.

The Minister, who was accompanied by
the Minister of State, Dr. Uchechukwu Samson Ogah, and Kogi State Governor, Alhaji Yahaya Bello, said government  is putting mechanism in place that would help to  overcome all hurdles that may arise to jeopardize the process of revitalizing the companies.

“The Iron Ore Mining Company is very important to Ajaokuta Steel, which is why the so-called concession agreement doesn’t make sense.”

“If you place Itakpe, which is source of raw materials to Ajaokuta in a private hand, and you want Ajaokuta to function, then we are wasting our time. If Itakpe does not function, Ajaokuta is going to be empty soul. That is why government must make Itakpe to function, “ the Minister said.

Speaking further, he allayed fears expressed in some quarters on legal issues of taking over Ajaokuta Steel, saying that government is prepared.

He said government must have control of both companies and make them to function, noting that it will enhance employment generation drive of this administration and other economic multiplier effects that will benefit all Nigerians.

Also speaking, Governor Yahaya Bello expressed gratitude to President Muhammadu Buhari for the renewed efforts towards making the two companies to come alive. He called on the Federal Government to do everything  possible to revitalize the companies, saying that with the tempo of efforts, the two companies can begin full operations in the next two years.