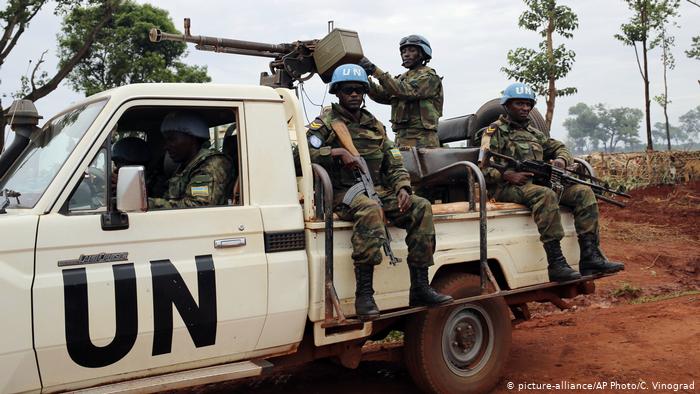 The sentencing of 28 militia members  in the Central African Republic (CAR) for an array of violent crimes, including the murder of civilians as well as 10 UN peacekeepers, has been hailed as a major step forward in the fight against impunity there.

The UN Mission in CAR (MINUSCA) welcomed the verdict of the Bangui Court of Appeal in the trial of 32 fighters from the mostly-Christian Anti-Balaka militia, accused of crimes committed in May, 2017, in Bangassou and other communities in the country’s southeast.

According to news reports, dozens of Muslims were slaughtered in the town during the massacre. Prison sentences ranged from 10-15 years, with two of the commanders as well as three other senior figures, given life sentences, including forced labour.

Along with the murder of civilians and UN ‘blue helmets’ the militia members attacked the MINUSCA office in Bangassou, using heavy weapons, and forced thousands of civilians to flee their homes, said the Mission.

The UN Secretary-General welcomed the decision, noting  that “this verdict is an important demonstration of the determination of the authorities of the Central African Republic to bring to justice those responsible for serious crimes, which is crucial.”

CAR shows the will to fight impunity
In a statement, the Head of MINUSCA, Mankeur Ndiaye, said the verdict demonstrates “the will of the Central African State to fight against impunity through its judiciary system.” This step, he added, “is essential for the country to move forward towards an effective reconciliation.”

CAR’s Minister for Justice, said that it was the first time a court in the country had handed down a sentence for crimes against humanity, as defined by the judicial system there.

CAR became engulfed by intercommunal violence in 2013, led by Anti-Balaka militia and a mainly-Muslim rebel coalition, known as Seleka.

Armed groups still control large parts of the mineral-rich nation, but a peace deal signed a year ago between the Government and 14 rebel militias brought a fragile peace into effect, under the leadership of President Faustin Archange Touadera, who reportedly called on Thursday for international partners to help clamp down on groups violating terms of the accord.

In its statement in response to Friday’s groundbreaking sentences, MINUSCA reiterated its support to help strengthen the rule of law in the country.

Apple To Close All China Mainland Stores Due To Virus Outbreak